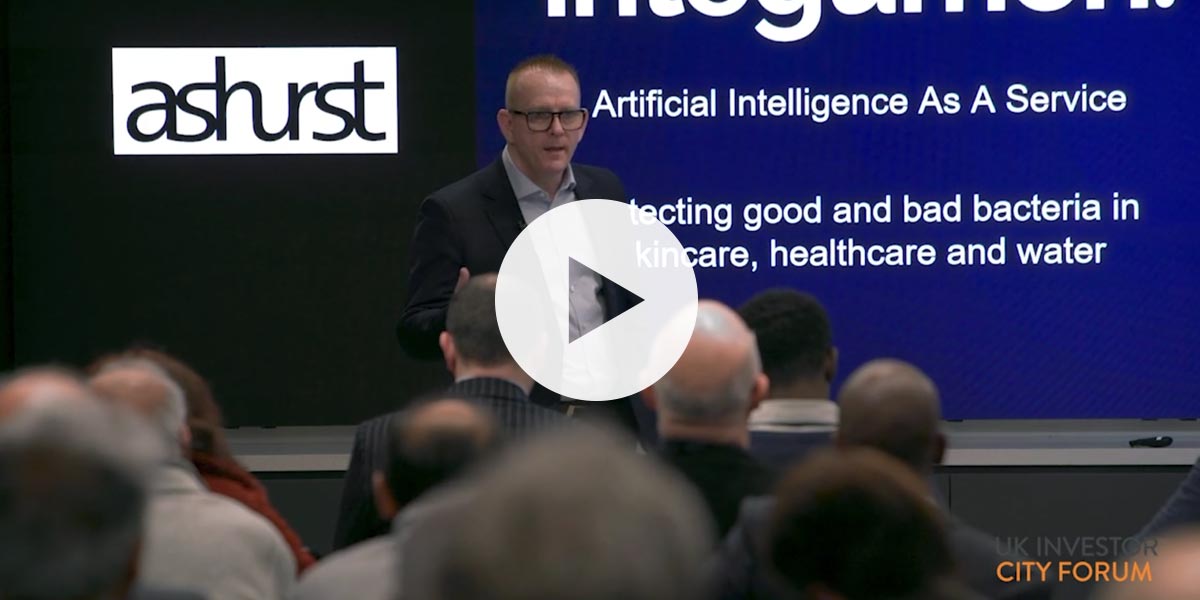 The Company’s own skin-care range of products and cannabinoid oils (CBD)  sources have been used to test the platform that combines data analytics with access to therapeutic operational expertise offering client solutions ranging from regulatory approvals, right through to marketing fully tested ingredients that have been certified on our laboratory grown living human tissue (Labskin).

DeepVerge plc is incorporated in England and Wales with Registration Number 10205396. DeepVerge has operations in Ireland, USA, China and the UK, and its main country of operation is the UK.

The Company’s Articles of Association can be downloaded here

Ross Andrews, Non-Executive Chairman
Ross is a highly experienced corporate adviser with 30 years’ experience advising companies and management teams on public market transactions, largely in the UK but also in Europe, Australia, and Asia. He has worked with large corporates as well as numerous small, growing companies, providing advice on a range of equity capital matters, including IPOs, fundraisings, strategy, acquisitions, corporate governance and shareholder matters. Ross was a director and shareholder of Zeus Capital Limited until July 2015 when he formed RMA Consultancy Limited to undertake non-executive appointments or consultancy and project management roles within companies undergoing management change, external investment rounds or seeking a liquidity event through IPO or other exits.

Gerard Brandon, Chief Executive Officer
Gerard was appointed Director and CEO of Deepverge (formerly Integumen) in August 2018. Previously, he joined Cellulac Limited (Ireland) as its Chief Executive Officer in May 2012 and assumed the same role for Cellulac plc in October 2013. In 1996 he became founder and CEO of Alltracel Pharmaceuticals PLC, where he built a team that oversaw numerous patents granted on refined cellulose. Alltracel was admitted to trading on AIM in 2001. In 2004, he was appointed as a Managing Partner for Farmabrand Private Equity. In 2009, he was appointed as an Executive Consultant to Eplixo Limited. He is a Fellow of the Ryan Academy of Entrepreneurs in Dublin.

Camillus Glover, Chief Financial Officer
Camillus was appointed Director and COO of Deepverge (formerly Integumen) in August 2018. On the 29th of August he took over as Chief Financial Officer. Previously, he joined Cellulac Limited (Ireland) as Chief Financial Officer in May 2012 and assumed the same role for Cellulac plc in October 2013. He is a member of the Institute of Chartered Accountants Ireland. In 2003, he joined Alltracel as Commercial Director and was appointed Chief Operations Officer in 2005 until it was acquired in 2008 by Hemcon Medical Technologies (“Hemcon”). Between 2009 and 2012, he was VP of Global Business Development for Hemcon prior to joining Cellulac.

Fionan (Fin) Murray, Chief Operations Officer
Fin is the Founder of Rinocloud Limited. He is a seasoned sales executive with more than 30 years’ experience in worldwide distribution deals, selling complex software solutions into the multi-national corporate sectors in financial services, biotech, utilities and government departments. He is former CEO of LeT Systems Ltd and a senior executive at KBC Bank and Kindle Banking systems.

Nigel Burton, Non-Executive Director
Nigel following on from over 14 years as an investment banker at leading City institutions including UBS Warburg and Deutsche Bank, including as the Managing Director responsible for the energy and utilities industries, Nigel spent 15 years as Chief Financial Officer or Chief Executive Officer of a number of private and public companies. Nigel is currently a non-Executive Director of AIM quoted companies Blackrock Throgmorton Trust plc, eEnergy Group plc, Location Sciences plc and Microsaic Systems plc.

As at 1 January 2022, shareholders holding more than 3% of the share capital of DeepVerge were:

Shares not in public hands

Restrictions in the transfer of securities

There are no restrictions on the transfer of DeepVerge’s securities.

Other exchanges and trading platforms

DeepVerge plc has not applied or agreed to have its securities admitted or traded on any other exchanges or trading platforms.

DeepVerge plc is subject to the UK City Code on Takeovers and Mergers legislation.

DeepVerge confirms that, as at the date of this announcement, it has 215,156,378 ordinary shares of 0.1 pence each in issue and admitted to trading on AIM under the International Securities Identification Number (“ISIN”) GB00BMGWZY29.

In addition, there are 173,334 unlisted warrants, with an exercise price of 15 pence per ordinary share, and an exercise period until 5 January 2023. These warrants are freely transferable and were issued on 5 January 2018.

The Board has adopted a share dealing code consistent with Rule 21 of the AIM Rules for Companies and MAR to regulate dealings in the ordinary shares of the Company by Directors and any other applicable employees (as defined by the AIM Rules for Companies). The Directors consider that this share dealing code is appropriate for a company whose shares are admitted on AIM.

The Company will take proper steps to ensure compliance by the Directors and applicable employees with the terms of the share dealing code and the relevant provisions of the AIM Rules for Companies (including Rule 21).

The Company’s Admission Document can be Downloaded here.

The Company’s Articles of Association can be Downloaded here.

The following information is disclosed for the purposes of compliance with AIM Rule 26.  This information was last updated on 1 January 2022.

Any cookies that may not be particularly necessary for the website to function and is used specifically to collect user personal data via analytics, ads, other embedded contents are termed as non-necessary cookies. It is mandatory to procure user consent prior to running these cookies on your website.

Analytical cookies are used to understand how visitors interact with the website. These cookies help provide information on metrics the number of visitors, bounce rate, traffic source, etc.

Undefined cookies are those that are being analyzed and have not been classified into a category as yet.